How Iron Deficiency And Iron Overload Imperceptibly Degrade Your Health 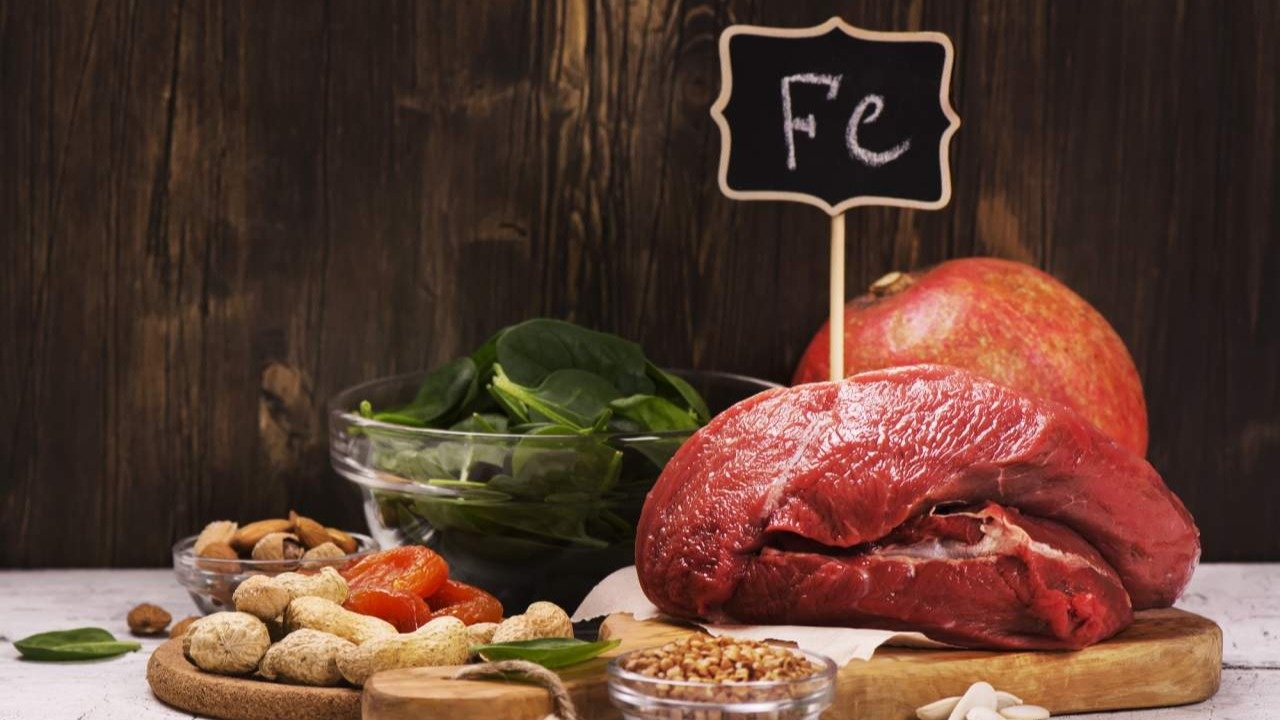 Hi again! I hope you've been enjoying my 5-installment series on iron and human health.

In this part, the third installment, I will talk about the problems associated with an iron deficiency and iron overload.

The previous two parts have discussed the topics of:

Let's now explore the topic of this blog post, iron deficiency, overload, and the benfeits of optimal levels.

If you want to read any of these individual actions below, then click on them:

Let's start with a definition:

Anemia and iron deficiency are thus not the same.

The reason for distinguishing between these two concepts is because anemia can be caused through several mechanisms--iron deficiency being merely one of them. I had mentioned that difference in passing in the previous section.

You can also be anemic due to hereditary conditions, for example, which is not directly caused by having too little iron available, even though the consequence of anemia is the same.

Blood loss or a diet that doesn't contain essential vitamins such as vitamin B9 or B12 can be other reasons for anemia.[7; 8; 9]

(Both vitamin B9 and B12 are also needed to create homoglobin.)

In that non-aenemic variation, iron stores are still sufficient that hemoglobin levels are not lowered, even though the total body store of iron has dramatically declined.

The problem is that you'll already start experiencing negative health effects with a non-anemic iron deficiency - this circumstance is thus far from optimal.[136]

So how do you know whether you're at risk for getting anemia?

The following population groups are at most risk for iron deficiency:

Keep in mind that you don't have to experience all these symptoms in order to be iron deficient. If you've got iron deficiency, for example, you may only experience tiredness and slower healing, while not having nail and hair problems.

The more extreme the iron deficiency gets (as measured by ferritin, for example), the more symptoms you'll probably experience. As iron is so important for most processes in the body, you can also experience symptoms not included in the above list.

Several diseases also cause you to have lower iron levels.[428; 429] Your immune system can be very active and dramatically lower the iron content in the blood, for example, in order to starve pathogens from their iron needs.

An impaired immune system (making you more defenseless against disease) and heart problems (e.g. heart failure, in which your heart doesn't pump strongly enough for the body's needs) are examples of eventual consequences of a deficiency.

If low iron levels show up on your lab test, it's thus imperative to consider how much iron you're taking in from food (a topic that will be treated later). If you do consume enough iron, it's necessary to check why you've become anemic.

Iron Overload And Related Health Conditions Such As "Hemochromatosis"

In the previous section I've talked about the dangers of iron deficiency--iron overload or "hemochromatosis", on the other hand, is also threatening.

The word "hemochromatosis" can literally be translated into "iron colored blood". In reality, the name is often used to not only denote excesses of iron in the blood, but also in other places of the body.

So let's consider that hemochromatosis danger:

Remember the "hepcidin" I talked about in the second section?

If you're predisposed to iron overload, then you can be deficient in that "hepcidin" compound.[215] Hepcidin is necessary to regulate iron absorption in the intestines - lower hepcidin levels lead to greater iron uptake.

With unfettered iron absorption, the mineral will eventually be deposited in several organs, such as the heart, liver, joints, and even skin.[103]

Having a genetic predisposition to accumulate iron and blood transfusions are the main two causes of iron overload.

Some diseases also exist in which you can get an iron overload, such as "β-thalassemia".[216; 217; 218] No need to remember that difficult name though.

Lastly, aging is another cause of iron overload (in the wrong places).

(Advanced explanation: because hepcidin function also originates in relation to the liver, it's simple to hypothesize that liver function is integral to iron metabolism. Studies confirm that hypothesis, hepcidin functioning is off in multiple liver diseases.[225; 226; 227; 228] While more research is needed, liver function looks closely related to iron status in the body. Supporting evidence: alcohol consumption is also tied to excess body iron stores.[231; 232; 233; 234])

If you have a genetic predisposition to accumulate iron, you'll retain up to three times as much iron as a person who does not have the genetic disposition.

Just as a deficiency, iron overload increases your risk for getting several diseases:

Being tired and joint problems are the most commonly experienced symptoms...

So what's the catch?

Even in developed countries like the US iron is actually a massive problem.

Let me convince you with some statistics:

You can assume that these numbers are roughly the same if you're living in Northern countries, as Caucasians carry the biggest risk for the aforementioned genetic predispositions.

How many people do you know who are aware of their body handles iron?

Let me guesstimate: 1% of your acquaintances?

Those percentages lead me to a simple logical inference:

According to the statistics, at least 8% are at risk, meaning that only 1 in 8 is aware of how their body handles iron - that's far too little.

While I'm not considering all negative health effects of iron overload in this blog post, let's zoom in on a single very important side-effect: "insulin resistance".

In insulin resistance, the body's cells don't take up carbohydrates (mainly glucose) the way they should.[348; 349]

Opinions differ as of why cells don't take up that glucose anymore. One explanation is that insulin no longer does it job, so that glucose remains the bloodstream and cannot be transferred to the cells.

Another explanation is that the cells are already filled up with glucose, and that glucose is not properly used within these cells, which ensures that most glucose remains in the bloodstream.

Many indications exist that iron overload decreases the cell's ability to take up carbohydrates.[350; 351; 352; 353; 354; 355] The relationship between increased iron stores and insulin resistance seems linear in many studies.

In other words, the higher your iron stores, the lower your cell's ability to process carbohydrates (sugars).

You'll thus want to prevent insulin resistance if at all possible.

Want more proof of the relationship between iron accumulation and insulin resistance?

Insulin resistance immediately decreases after a blood donation--transfusions generally have the opposite effect.[365; 366] A straightforward relationship between excess iron and insulin resistance thus exists.

Summary of the previous sections: how you manage your iron status can thus have an enormous effect on your overall health. Joint health, overall metabolism, energy, brain functioning, and the handling of oxygen are all adversely influenced by iron deficiency or overload.

In the next section, you'll learn more about the benefits which optimal iron status can confer upon your health. 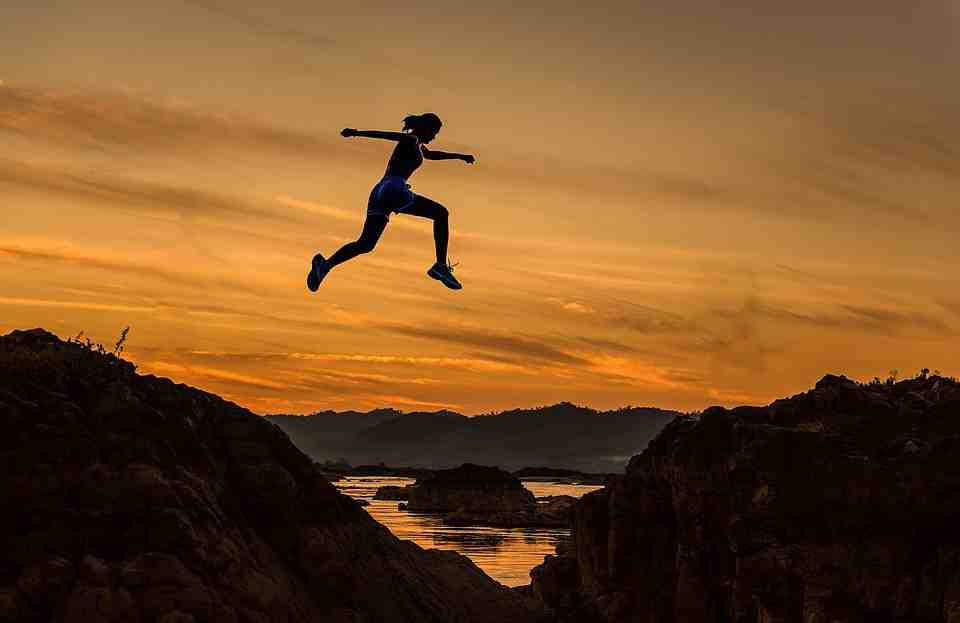 So let's consider what all that hassle was all about.

You now know all about iron deficiency and overload, but not yet about what massive benefits optimal iron levels can have...

The following section hopefully convinces you that optimal iron levels in your body are worth having.

Let's grab the keys to the kingdom...

Keep in mind that you get all the benefits listed below with neither a deficiency nor an iron excess, and thus exclusively with optimal iron levels. Iron:

So that's it, the full list of benefits you'll get when your body has optimal iron levels.

In the next installment of this blog post series, you'll learn how to manage your iron status through your food intake, and how different foods affect that process.

Finishing Thoughts: Aim For The Golden Mean Between Deficiency And Iron Overload!

Hopefully you're now fully convinced your iron status matters a lot for your health. For that reason, I'll continue this blog post series where I left off today. The next installments cover the topics of:

If you want toknow your iron status right now, then read my second installment of this series about lab testing. If you're not insured, getting to know your iron levels will cost you around $100 USD at most.

The next blog post will also teach you how to eat the right foods to prevent deficiency and overload, and, give you strategies to manage your levels easily!