The Role Of Iron In The Human Body: Why Iron Matters A Tremendously For Health 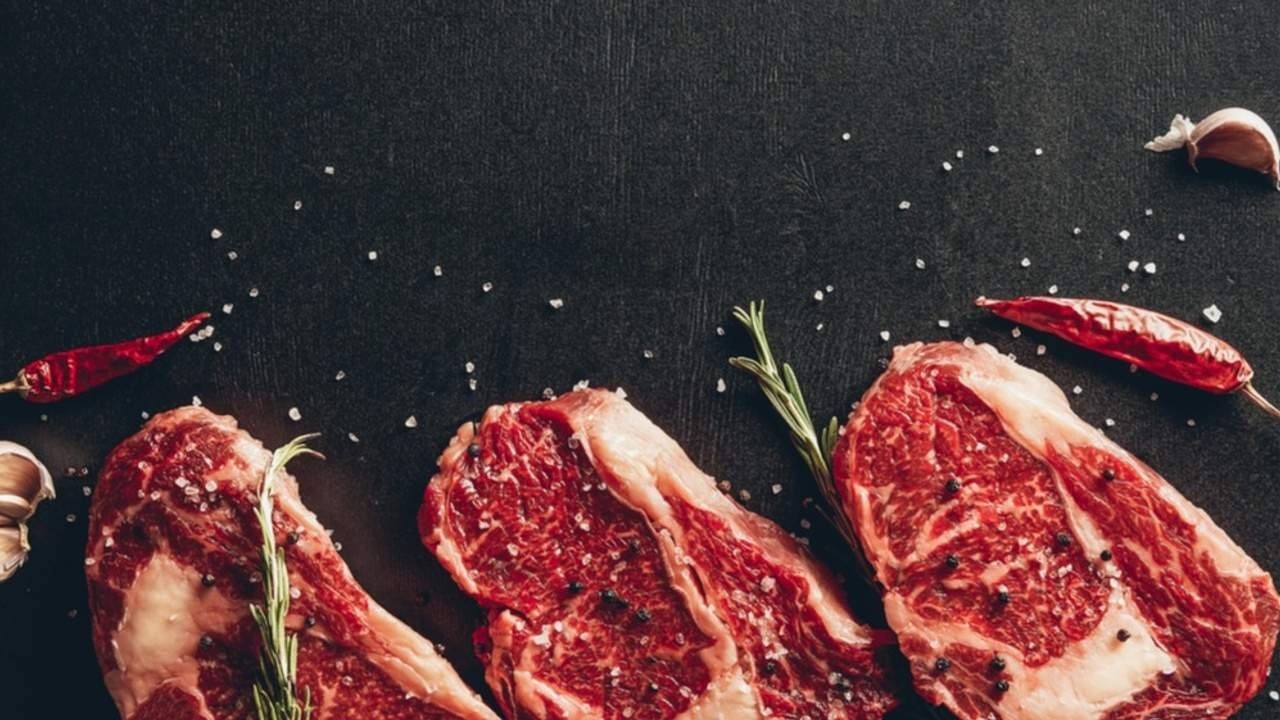 Here I go again. Yet another guide on a nutrient. I've published an extensive guide on both zinc and magnesium in the past. This time, a blog post series on iron is up.

Iron is a bit more complex and less straightforward than the previous two topics. For that reason, I've divided this blog post series into 5 installments;

I hope you're ready!

Let's start with the basics:

Just another mineral like zinc, magnesium, selenium, manganese, iodine, calcium, and many others.

Health should be simple, right?

And yet, you may think:

"you're telling me that I need to mind whether I breathe in polluted air, use several strategies to improve my sleep quality, may need to meditate to calm my mind, and even monitor my mineral intake?"

Grandpa and grannie didn't meticulously watch their health either and lived over 90 years old.

So why worry about iron?

Simple answer: your life will be much better if you invest in your health. Small changes such as optimizing your mineral intake can have a huge impact on your life over time:

Let me give you an analogy. Let's say you've got a good friend who is great in predicting when the economy enters a recession.

Every decade or so, that friend signals you to sell all of your stock, just before the crash hits.

During a recession, stocks are usually devastated with 50% losses or more, and with his advice you prevent that loss.

It's a small adjustment that takes you very little time, but if you listen to your friend, your investments would double in value every decade compared to what you'd otherwise get.

In four decades, by preventing all those downturns, your stocks would be 16 times as valuable. Imagine what kind of difference a 16-fold value increase would mean for your retirement age or the money you can pass on to your kids...

Managing your body's iron levels is the same: checking up on that mineral with lab tests just once, and more often if necessary, will have enormous health benefits in the long run.

Solutions are also easy to find if you know how you're doing:

Excess iron can be very quickly removed by donating blood, for example. Living decades with an iron overload, on the other hand, has devastating consequences over time.

Think about that compound effect.

Just imagine if every day of yours was a little bit better.

The principle is the same as walking 30 minutes a day instead of watching television - what difference would that behavioral change make in the long-run?

You may think: "but problems with iron are really rare..."

Iron deficiency is not a side-issue. More than 150,000 people die every year because of having an iron deficiency.[3] Most of these deaths occur in developing countries. 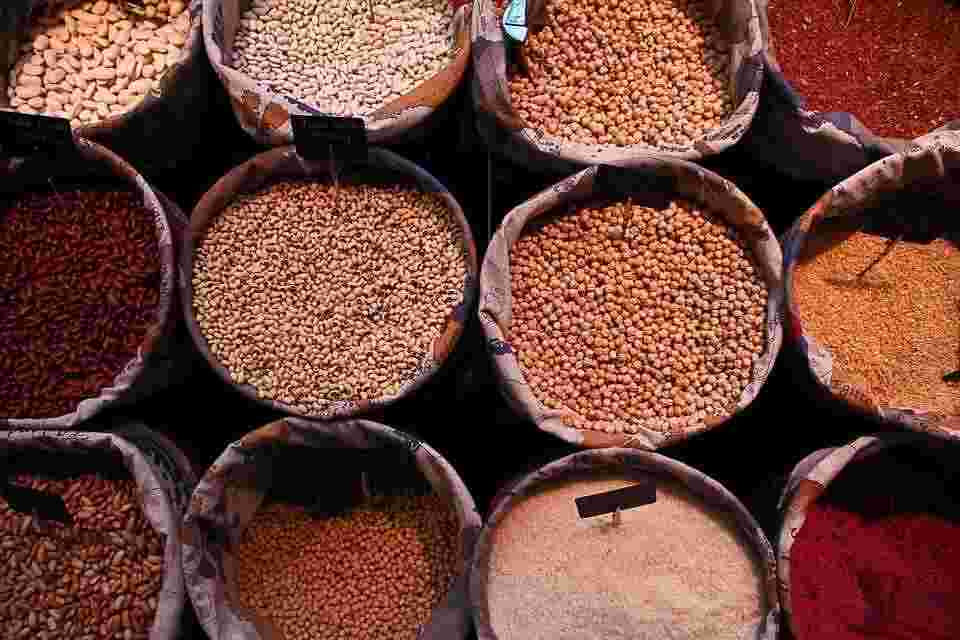 Great foods to prevent iron deficiency--or not?
Stay tuned to find out the answer in this complete 5-installment guide...

Even more tragic is that many of people don't even know whether they have a deficiency or excess. You may not know either...

Many people have genetic predispositions to accumulate iron. Chances are about 1 in 9 to 1 in 300, depending on your genetic traits.

At least 3 million Americans have a predisposition to accumulate iron--but most of them just don't know they've got the problem.

No mineral may be so controversial and misunderstood as iron. Some institutions and health coaches assume that many people are anemic due to insufficient iron levels. Others claim that an excess in iron intake is extremely widespread, wreaking havoc on almost everyone's health.

Both excessive iron levels and deficiencies matters a lot.

I'll break the problem down into intricate detail...

So I've got a quick question: do you know what your iron levels are? Iron is a double-edged sword because both deficiencies and overloads are more common than you'd think.

I'll tell you everything you need to know about preventing both.

In the past I've written about other minerals, such as magnesium, zinc, and sodium (or salt). This blog post on iron is a continuation of that series. The reason for the series is that many people can improve their health for pennies a day - even in developed countries.

If you're deficient in magnesium or zinc, almost every area of your life will suffer: your sleep, your thinking ability, your energy levels, mood, social relationships, etcetera.

The same is true for iron - so let's explore the role of iron in your health.

So let's get started: fasten your seatbelt...

Iron's Role In The Human Body And Human Health

As a kid, I remember my mother telling me in the morning I needed apple butter on my bread, because apple "contains lots of iron which will make you strong".

The iron content in apple butter is sourced from the sugar beets that are often included in the product--apples themselves contain almost no iron. But thanks anyway for the good food I had in my youth mom...

Since that time, I knew that iron was important for me, although I didn't know about any of the specifics. You probably know that iron is important for energy production in your body as well, but you may not know all the roles iron plays - this section changes that.

For much of human history, your ancestors were in the dark about the health role(s) of iron as well. Iron nonetheless had a surprisingly long history in relation to human health.

About 5,000 years ago, humans learned to create objects out of iron, and the "Iron Age" began. The mass production of iron objects started around 3,200 years ago, and by that time, many cultures already knew that iron plays a significant role in human health.

2,000 years ago, for example, Romans carried iron tablets with them on ships.[5] The earlier Egyptians, Hindus, Greeks, and Chinese also had a rudimentary understanding of iron's role in health.[6]

So let's consider the full role of iron in human health.

Iron has many very fundamental functions in your body, such as creating and repairing DNA, maintaining proper brain function, keeping your body temperature up, and much more. 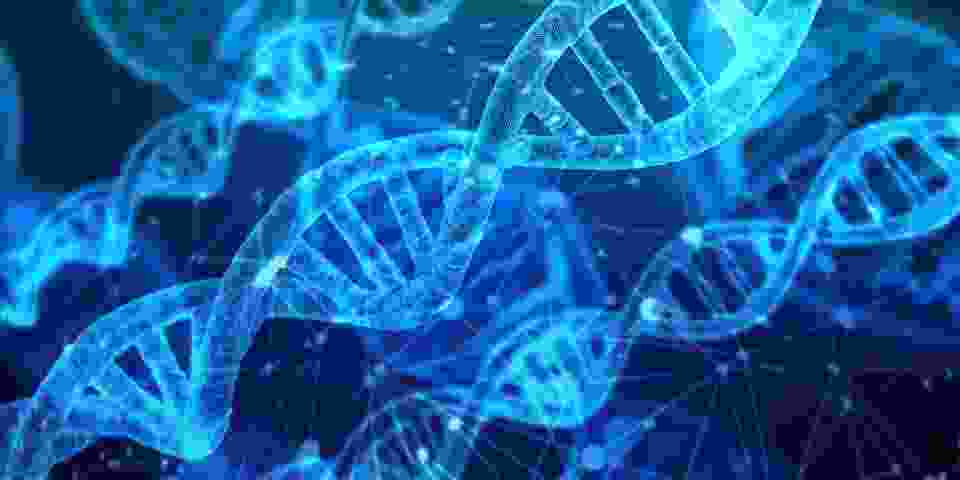 Iron, moreover, is not only found in your blood, but also in the liver, heart, muscles, and many other places.[14; 15; 16; 17; 18; 19] The mineral is absorbed from the food in your gut, mostly the small intestine, and then spread throughout many places.

Almost all organisms on this planet depend on iron, and human life cannot possibly exist without it.[10; 11]

Fortunately, there's a lot of iron on this planet--the downside is that most iron is oxidized, i.e., has reacted with oxygen.

That oxidized form is unusable for many organisms, and as a result, they need to exert considerable effort to find highly absorbable forms of iron in their environments.[12; 13] Many organisms therefore automatically strive to prevent a deficiency in the mineral.

An excess or overload of iron, on the other hand, is just as damaging as a deficiency.

During an excess, "free radicals" are created in higher quantities in the body. While free radicals are always produced as a by-product of energy creation, iron excess dramatically increases that process.

The number of free radicals produced is proportional to the excess of iron.

And there's a surprise:

Your body does not have a mechanism to excrete excessive iron.

Every day you lose 1-2 milligrams of iron - menstruating women lose additional milligrams during their period.[36; 37; 38]

You lose that daily dose because iron is present in the gut lining and skin. Your gut lining rebuilds very quickly and thus leads to daily iron losses. And because the skin in your body is also continually being replaced, you lose a couple of milligrams per day in total.

Food intake is the main mechanism by which your iron stores increase. You'll absorb about 8-10% of iron from food on average, depending on the food types you're eating. With more animal flesh, that absorption percentage is going to be higher--more plants make that number go lower.

Yes, your body knew about "recycling" millions of years ago...

Bottom line: the amount of iron you consume through food is the main determinant of how much iron you'll absorb.[30; 31] Genetics matter a lot too.

Except for menstruation and bleeding, there are not many mechanisms by which you can get rid of lots of iron.

As the body only contains several grams of iron, preventing both an excess and deficiency requires tight regulatory mechanisms. Your liver plays a major role in that regulation, controlling the amount of iron in the bloodstream.[29; 32; 33]

If a compound called "hepcidin" is highly active, iron absorption levels of the body are reduced--with inactive hepcidin, more iron ends up being stored.[34; 35]

You may think: "why is iron a problem in the first place?"

In other words, why modern humans have to manage their iron intakes today? Why does the body not manage its iron intake automatically?

I've got a theory about that process:

During pre-history, our relationship to iron may have been very different.

In a previous blog post on the carnivore diet, I've described how animal foods became more important for our ancestors a few million years ago - especially for human brain development.

So how did your ancestors prevent toxic iron levels in their body, when many people get an overload on a primarily animal food-based diet today?

Two likely explanations are parasites and blood losses from a more dangerous lifestyle. If you're living in a developed country you're probably not exposed to parasites and occasional blood loss to the extent your ancestors were.

The fact that the human body doesn't have a mechanism to excrete excess iron also entails that iron overdoses were much less likely than deficiencies in the past.

Higher levels of meat were thus not necessarily damaging to your health back then - now they may...

One last variable is that your ancestors exercised a lot. Sweating can increase the iron loss of your body--many modern people never sweat anymore. 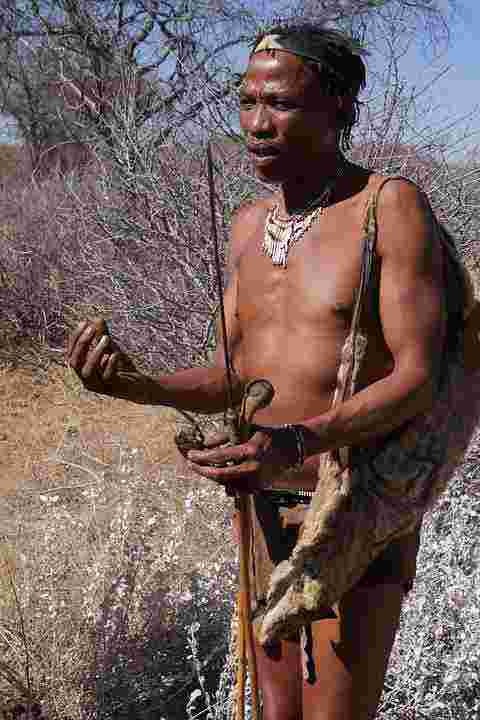 Are you living dangerously enough to lose some iron today?

Summarizing this section: you ingest iron mainly through food--your body cannot get rid of an excess. Animal foods are the best iron source, and iron is necessary for many important processes in your body.

In the next section, I'll consider the role of lab tests in assessing your own "iron status". With "iron status" I mean the iron levels that are stored in your body.

Finishing Thoughts: Starting The Journey Of Considering The Role Of Iron In Human Health

I hope I've convinced you that exploring the topic of the role of iron on the human body is worth exploring.

Many people are deficient in iron worldwide, and many in developed nations have excesses that they can easily deal with, if necessary.

And, to give you the tools to find out what your iron status is, the next installment in this blog post series explores how to lab test your iron status and what levels to look for. I digged through all the research for you and simplified lab testing regarding iron status as much as possible.

All you need to do is continue reading the remaining 4 installments in this blog post series! Fasten your seatbelt, please!

For the other 5 parts of this series, check: